TRAYVON MARTIN: The 9 Most Striking Cartoons about the Florida shooting tragedy

By Michael Cavna
THE NEWLY OPENED FILM “The Hunger Games” has caused many parents, pundits and cultural critics to consider the depiction of fictional teens being slaughtered in the name of popular entertainment. But in Pittsburgh, the depiction of a real-life teen being killed has sparked controversy and explanation in the name of journalistic opinion.

Some readers of Rob Rogers, the editorial cartoonist for the city’s Post-Gazette, are upset that in commenting on the fatal shooting of Florida teenager Trayvon Martin, the artist has invoked the visceral imagery of a lynching, and has delivered his opinion by drawing the boy’s shooter, George Zimmerman, in the clothes of a Klansman.

“The killing of African American teenager Trayvon Martin by neighborhood watch captain George Zimmerman in Florida last month was not an act of self-defense,” Rogers tells Comic Riffs, noting that Martin was unarmed, toting only iced tea and Skittles. “Zimmerman had a history of reporting black males to the police. I believe he is a racist who was acting out his racism in the name of neighborhood watch.

“Now he is using Florida’s ‘stand your ground’ law as an excuse for his racist violence,” Rogers continues, adding that “many feel the actions by the local police [in Sanford] were also racist.”

With that in mind, Rogers wasn’t about to pull any editorial punches as he rendered his judgment in ink. 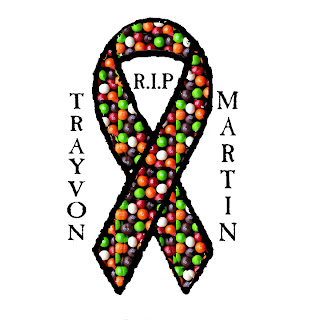