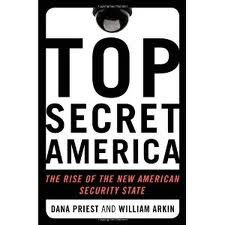 Since then, state governments followed suit and began passing open government laws across the country to ensure the public would have "sunshine" and access to information about the way public services and tax dollars are managed.

But the laws are out of date and need an overhaul. The explosion in the use of government contractors at every level of government -- from local trash services to security contractors in Iraq - has exposed weaknesses in sunshine and open record laws.

In some cases, conservative governors are even trying to weaken existing transparency requirements to make it easier to privatize.  Florida Governor Rick Scott's failed proposal to privatize prisons in eighteen counties included a provision to eliminate the requirement for a cost-benefit analysis before moving ahead with the deal.   Coincidentally, Florida-based GEO Corporation, one of the largest private prison companies, is a major contributor to GOP campaigns in the state.

Under existing law private contractors in states throughout the country are evading oversight by exploiting loopholes in transparency protections.  Most existing state laws don't pierce the corporate veil and now policy makers, journalists and advocates no longer have access to basic financial, performance and workforce information that is essential to government accountability.