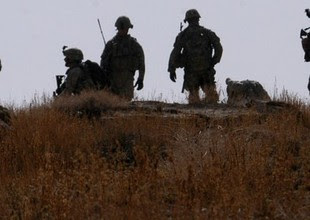 Many believe the 20th century represents the pinnacle of human violence, but psychologist Steven Pinker argues that the opposite is true.
January 13, 2012


Humanity's lust for violence has undergone a long, precipitous decline at every level of social interaction, from domestic abuse to violent crime to interstate wars. That's the sweeping and somewhat counterintuitive thesis of psychologist Steven Pinker's new book, The Better Angels of Our Nature: Why Violence Has Declined. The pacification of humanity, says Pinker, is “a fractal phenomenon, visible at the scale of millennia, centuries, decades, and years.”

Pinker writes that the “very idea invites skepticism, incredulity and sometimes anger.” He sets out to overcome that barrier by surveying a broad swath of data, from examinations of ancient bones unearthed in peat bogs and on long-forgotten battlefields, to homicide statistics based on European coroners' inquests and local records dating back 800 years, to databases of modern interstate conflicts and civil wars.
READ MORE
Posted by Obwon at 8:51 AM