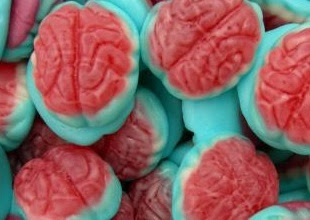 There is plenty of research showing that low general intelligence in childhood predicts greater prejudice towards people of different ethnicity or sexuality in adulthood.
February 12, 2012

Self-deprecating, too liberal for their own good, today's progressives stand back and watch, hands over their mouths, as the social vivisectionists of the right slice up a living society to see if its component parts can survive in isolation. Tied up in knots of reticence and self-doubt, they will not shout stop. Doing so requires an act of interruption, of presumption, for which they no longer possess a vocabulary.


Perhaps it is in the same spirit of liberal constipation that, with the exception of Charlie Brooker, we have been too polite to mention the Canadian study published last month in the journal Psychological Science, which revealed that people with conservative beliefs are likely to be of low intelligence. Paradoxically it was the Daily Mail that brought it to the attention of British readers last week. It feels crude, illiberal to point out that the other side is, on average, more stupid than our own. But this, the study suggests, is not unfounded generalisation but empirical fact.

It is by no means the first such paper. There is plenty of research showing that low general intelligence in childhood predicts greater prejudice towards people of different ethnicity or sexuality in adulthood. Open-mindedness, flexibility, trust in other people: all these require certain cognitive abilities. Understanding and accepting others – particularly "different" others – requires an enhanced capacity for abstract thinking.  READ MORE
Posted by Obwon at 1:29 PM