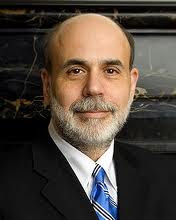 Since the global financial crisis began in 2007, Chairman Bernanke has striven to save Wall Street's biggest banks while concealing his actions from Congress by a thick veil of secrecy. It literally took an act of Congress plus a Freedom of Information Act lawsuit by Bloomberg to get him to finally release much of the information surrounding the Fed's actions. Since that release, there have been several reports that tallied up the Fed's largess. Most recently, Bloomberg provided an in-depth analysis of Fed lending to the biggest banks, reporting a sum of $7.77 trillion. On December 8, Bernanke struck back with a highly misleading and factually incorrect memo countering Bloomberg's report. Bloomberg has largely vindicated its analysis.

Any fair-minded reader would conclude that Bernanke's memo to Senators Johnson and Shelby and Representatives Bachus and Frank is misleading. One could even conclude that it is not just a veil of secrecy, but rather a fog of deceit that the Fed is trying to throw over Congress.
He argues that the sum total of the Fed's lending was a mere $1.2 trillion, and that it was spread across financial and nonfinancial institutions of all sizes. Further, he asserts that the Fed never tried to hide the bail-outs from Congress. Both of these assertions fly in the face of the facts available (as the Bloomberg response makes clear).

As Bernanke notes, analyses of the bail-out variously put the total at $7.77 trillion (Bloomberg) to $16 trillion (GAO) or even $24 trillion. He argues that these reports make "egregious errors," in particular because they sum lending over-time. He also claims that these high figures likely include Fed facilities that were never utilized. Finally, he asserts that the Fed's bail-out bears no relation to government spending, such as that undertaken by Treasury.

All of these assertions are at best misleading. If he really believes the last claim, then he apparently does not understand the true risks to which he exposed the Treasury as the Fed made the commitments.
READ MORE

The Size of the Bank Bailout: $29 Trillion