Why We Must Close the Guantanamo Gulag 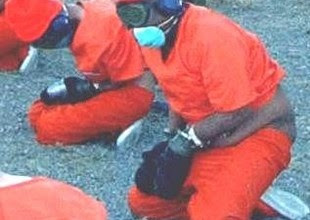 In addition to legal and political problems with Guantanamo, there are enormous human costs to consider.
January 16, 2012

Travelers to Cuba and music lovers are familiar with the song “Guantanamera”— literally, the girl from Guantánamo. With lyrics by José Martí, the father of Cuban independence, Guantanamera is probably the most widely known Cuban song.  But Guantánamo is even more famous now for its U.S. military prison.  Where “Guantanamera” is a powerful expression of the beauty of Cuba, “Gitmo” has become a powerful symbol of human rights violations—so much so that Amnesty International described it as "the gulag of our times."

That description can be traced to January 2002, when the base received its first 20 prisoners in shackles. General Richard B. Myers, chairman of the Joint Chiefs of Staff, warned they were "very dangerous people who would gnaw hydraulic lines in the back of a C-17 to bring it down."  We now know that a large portion of the 750 plus men and boys held there posed no threat to the United States. In fact, only five percent were captured by the United States; most were picked up by the Northern Alliance, Pakistani intelligence officers, or tribal warlords, and many were sold for cash bounties.  READ MORE