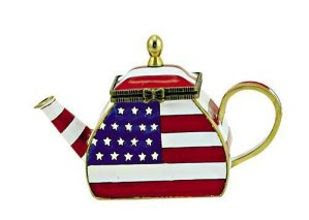 The Tea Party has proved itself spectacularly adept at two tasks: exacting promises and submission from presidential candidates and setting the Republican policy agenda.


Go to the panels with the boring names. That’s the secret to any political conference. Flashy names are candy floss meant to tempt you into meetings that at best will tell you what you already know, and at worst will bore you mindless.

That’s the approach I take, anyway, at the 2011 Defending the American Dream Summit, the annual megaconfab put on by Americans for Prosperity. This is the Tea Party group chaired by the billionaire industrialist David Koch with a budget, at last measure, of more than $40 million. Herman Cain, Mitt Romney, and Rudy Giuliani are all here to address thousands of Tea Partiers. But the actual planning is happening in small rooms, under titles like “Property Rights in Peril.” I head inside to find AFP’s petite Oregon director, Karla Kay Edwards, clicking “Play” on a PowerPoint. We see a map of the United States with public lands marked in red.
“Dead capital is property that has no possibility of securing property rights on it,” says Edwards. “Folks, I submit to you that everything in red has no possibility of securing property rights on it.”

A few dozen Tea Party activists take it in, scribble down notes. They’re spending two days in Washington, D.C., on heavily discounted tickets. If they live close by—Michigan, Ohio, North Carolina—odds are that they took a chartered bus here with fellow Tea Partiers. They’re the vanguard of the movement, Republican precinct chairs and campaign volunteers, and they are learning that the 2012 elections won’t count for much unless victory results in a huge sell-off of public lands.  READ MORE
Posted by Obwon at 10:38 AM