Minnesota Residents Outraged Over the Shutdown

Tim Mak reports: "Angry Minnesota residents were fuming Friday over the state government shutdown - delaying the issuance of marriage licenses, evicting campers from state parks and furloughing about 23,000 nonessential government employees."
READ MORE
Posted by Obwon at 9:40 AM No comments:

John Cook reports: "According to a remarkable document buried deep within the Richard Nixon Presidential Library, the intellectual forerunner for Fox News was a nakedly partisan 1970 plot by Ailes and other Nixon aides to circumvent the 'prejudices of network news' and deliver 'pro-administration' stories to heartland television viewers."
READ MORE
Posted by Obwon at 9:35 AM No comments:

THE RETURN OF KAHN

Case on verge of collapse after investigators discover holes in credibility of accuser
READ MORE
Posted by Obwon at 8:45 PM No comments:

Principal's use of hypnosis under new investigation

NORTH PORT - The North Port Police Department has opened an investigation into whether a principal who hypnotized some students broke any laws.

North Port High School Principal George Kenney has been on administrative leave since the school district found that he used hypnosis techniques on a student who later committed suicide.

There's more in another article here:

Report details investigation into hypnosis principal
Posted by Obwon at 7:55 AM No comments:

Crooks and Liars article:
Posted by Obwon at 7:38 PM No comments: 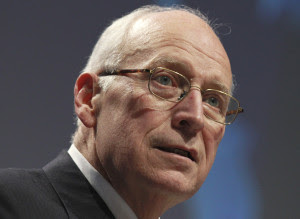 Okay, that's the article from today's Crooks and liars. Here's my take:

For thirty long years this Republican party -- which by the way gave us
"I am not a crook" Nizon" -- has been rollicking around with their own
private successes, built on huge frauds. From St. Reagan's "The S&L's
are performing badly", which wound up costing the nation 160 billion
dollars and utterly destroyed the nations safe haven for middle class
wealth. Which have not yet been replaced, mind you, have left
them exposed to the markets vagaries that exploded under George
W. Bush's tutelage. We've gained nothing from them to take this
nation further forward, along the road to a sustainable and/or more
modern future.

So then, it is this party -- steeped and squirming in an ugly mess
of mistrust, hatred, envy, superstition and the most unseemly base
emotional fare -- That still believes itself credible enough to
further convince the American people, that they are on our side and
legislatively competent. As if two unnecessary wars and a loss of
Americas image as a champion of individual rights worldwide, should
not be counted against them.

No! They're now all about resisting the deficit spending, that their
two wars and deregulation provoked the need for. Even as they struggle
to sweep Paul Reveres ride "to warn the British" under the rug, and
convince us that the world began 4,400 year ago, with Pharaohs prancing
with dinosaurs, we're suppose to believe that these are rational
men of science! Fancy that! A party with not one single plan that
has worked out well in the last 30 or so years, but instead plunged
us right back into a disaster that is the modern day equivalent of
1929, another of their vaunted visions gone horribly wrong.

They now wish us to take a page from centuries gone by, and wreck
the social fabric that made America the greatest nation on earth.
This trip back into feudal lore is supposed to take us closer to
Nirvana! I think not!

There's a reason that the nation progressed the way it has! From
protecting middle class wealth from market risks, by making S&L's
unable to take on risks, to implementing safety nets like social
security, that unburdens working class people from many of the
consequences of taking large risks. Risks that must be taken if
the nation is to progress apace of the rapidly developing world.
Peace of mind, not fear, is the driver of innovation. But to
hear Republicans tell it, we should "continue the beatings until
moral improves".

I'm getting too angry to write... More later!
Posted by Obwon at 7:07 PM No comments: