In Bags at J.F.K., Handlers Found Niche for Crime 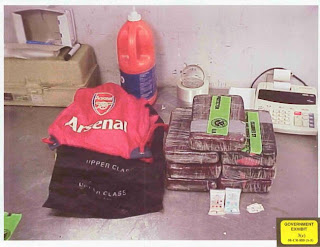 It was not so much the crime that was surprising, but who was behind it.
When federal investigators announced they had broken up a cocaine-trafficking ring, the crime boss was not a member of a Mexican cartel or the Mafia.

The ringleader was Victor Bourne, a low-wage baggage handler for American Airlines at Kennedy International Airport. And his associates in the enterprise were other airline employees: baggage handlers and crew chiefs who delivered contraband while they delivered luggage to the baggage-claim area.
READ MORE
Posted by Obwon at 3:34 PM