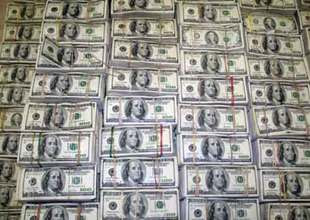 The CEOs of major banks maintained they were in good financial shape. Meanwhile, they secretly borrowed massive amounts from the government to stay afloat.
December 1, 2011

Imagine you walked into a bank, applied for a personal line of credit, and filled out all the paperwork claiming to have no debts and an income of $200,000 per year. The bank, based on these representations, extended you the line of credit. Then, three years later, after fighting disclosure all the way, you were forced by a court to tell the truth: At the time you made the statements to the bank, you actually were unemployed, you had a $1 million mortgage on your house on which you had failed to make payments for six months, and you hadn’t paid even the minimum on your credit-card bills for three months. Do you think the bank would just say: Never mind, don’t worry about it? Of course not. Whether or not you had paid back the personal line of credit, three FBI agents would be at your door within hours.
READ MORE
Posted by Obwon at 9:45 AM