What to Make of New Polling on Support for the Occupy Movement? 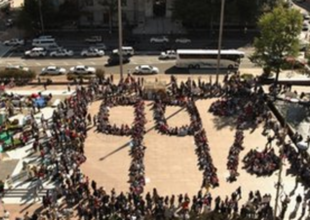 Americans have a long tradition of holding protesters in disdain, even when they are later proven to be on the right side of history.
November 17, 2011

Opponents of Occupy Wall Street seized, shark-like, on a poll released this week by PPP which found that, in the words of the pollsters, the “movement is not wearing well with voters across the country.”

But that's a matter of perspective. In context, it could just as easily have read, “support for the Occupy Wall Street is holding up surprisingly well.”

The context is a relentless propaganda campaign to paint the movement in the worst possible light. As Heather “Digby” Parton noted, “nobody should be surprised” by the poll's findings given the intensity of that campaign in recent weeks.
READ MORE
Posted by Obwon at 5:20 PM