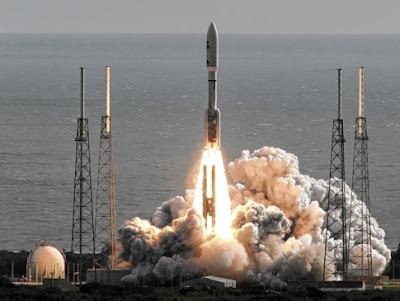 The world's biggest extraterrestrial explorer, NASA's Curiosity rover, rocketed toward Mars on Saturday on a search for evidence that the red planet might once have been home to itsy-bitsy life.

It will take 8½ months for Curiosity to reach Mars following a journey of 354 million miles.
READ MORE

Visit msnbc.com for breaking news, world news, and news about the economy