The Hidden History of ALEC and Prison Labor 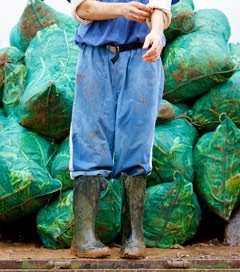 Mike Elk and Bob Sloan, The Nation: "Although a wide variety of goods have long been produced by state and federal prisoners for the US government - license plates are the classic example, with more recent contracts including everything from guided missile parts to the solar panels powering government buildings - prison labor for the private sector was legally barred for years, to avoid unfair competition with private companies. But this has changed thanks to the American Legislative Exchange Council (ALEC), its Prison Industries Act, and a little-known federal program known as PIE (the Prison Industries Enhancement Certification Program). While much has been written about prison labor in the past several years, these forces, which have driven its expansion, remain largely unknown."
Read the Article
Posted by Obwon at 8:18 AM