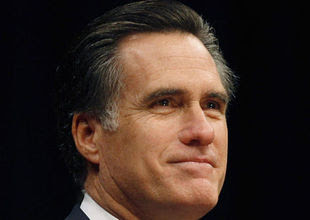 The GOP's "anyone but Romney" strategy has backfired.
November 16, 2011

In a normal democracy, a competent opposition party would have no difficulty in defeating Barack Obama next year.

After all, unemployment is still around 9 percent, economic growth is sluggish at best and the Democratic base feels disenchanted with the hope and change they voted into office a mere three years ago. A competent opposition party shouldn’t have to nominate a superlative candidate in this environment; instead it can win by simply nominating someone with decent hair, who can string together words in a language vaguely resembling English and who has no obvious debilitating mental illnesses.

For Republicans, this generic good-hair, able-to-talk, not-overtly-insane candidate is Mitt Romney. But there’s just one problem with this scenario: The Republican base hates Mitt Romney. READ MORE
Posted by Obwon at 8:59 AM