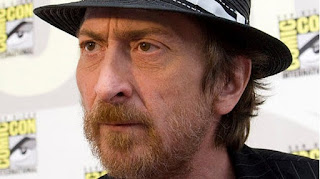 On his website last week, Miller expressed his displeasure about the movement, calling it ”nonsense.”

“The ‘Occupy’ movement, whether displaying itself on Wall Street or in the streets of Oakland (which has, with unspeakable cowardice, embraced it) is anything but an exercise of our blessed First Amendment,” he wrote. “‘Occupy’ is nothing but a pack of louts, thieves, and rapists, an unruly mob, fed by Woodstock-era nostalgia and putrid false righteousness. These clowns can do nothing but harm America.”

Miller was far from done issuing his harsh sentiments on the protests.

“This is no popular uprising,” he continued. “This is garbage. And goodness knows they’re spewing their garbage – both politically and physically – every which way they can find.”
READ MORE
Posted by Obwon at 11:14 AM