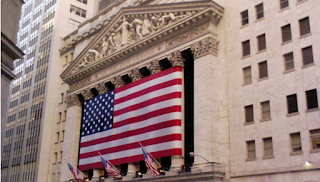 In an exclusive from MSNBC’s Chris Hayes and the Huffington Post, a Washington D.C. lobbying firm has prepared a memo for its Wall Street bank clients informing them of ways to deal with “Occupy Wall Street” and the political fallout the movement may cause.

The memo was written by the firm Clark, Lytle, Geduldig, and Cranford (CLGC), warning the the American Bankers Association (ABA) that Republicans could turn on them as a strategic move in next year’s elections due to Democratic pressure. CLGC proposed to the ABA an $800,000 price tag on receiving “opposite research” from the firm in order to create “negative narratives” about Occupy Wall Street and the politicians who support them.

Hayes notes in his show Saturday morning that two of the firm’s members, Sam Geduldig and Jay Cranford, were aides for House Speaker John Boehner (R-Oh).

The move by several banks early in the month to cancel on their plans of charging debit card fees has been partially credited to the pressure the Occupy protests have placed on the banks.


Visit msnbc.com for breaking news, world news, and news about the economy