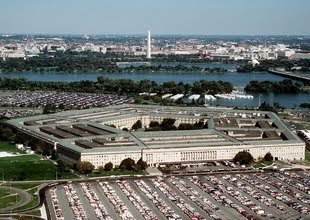 AlterNet teams up with Salon and Brave New Foundation to document how Dems on the Congressional "supercommittee" get far more military campaign money and contracts than the GOP.

Arizona’s Republican Senator Jon Kyl wasted little time. A member of the bipartisan Congressional “supercommittee” charged with finding $1.5 trillion in deficit reductions, he did his best to forestall even discussion of cuts to the Pentagon’s budget. “When we had our first meeting the chairman asked, ‘Well what do we think about defense spending?’ and I said, ‘I’m off of the committee if we’re gonna talk about further defense spending,’” he told the audience at a recent forum sponsored by several conservative think tanks.

The Senate Minority Whip may be the most outspoken member of the Joint Select Committee on Deficit Reduction when it comes to the military budget, but the Democrats currently considering whether to cut the deficit via reductions in defense spending or programs like Medicare and Medicaid have received far more money from Pentagon contractors than Kyl or any of their Republican colleagues on the panel, according to an investigation by AlterNet, with assistance from the Brave New Foundation and Salon.com.

Since 2007, Democrats on the supercommittee have received more than $1 million in defense industry donations, while contributions to the Republicans added up to only $321,000. Panel co-chair Senator Patty Murray, for example, has received more defense industry dollars over that period than the combined total of the top four Republican recipients on the super committee. Even so, her haul from the Pentagon’s weapons-makers isn’t the largest by a panel Democrat, a distinction held by her colleague from South Carolina, John Clyburn. An analysis of official government data paints a disturbing picture of big money, cozy relationships and potential influence that, alongside a concerted lobbying effort by the Pentagon and its powerful defense contractors, makes substantial reductions to the Department of Defense’s budget improbable and steeper cuts to entitlement programs, like Medicare and Medicaid, more likely.
READ MORE
Posted by Obwon at 6:44 AM