Why the Anti-Science Creationist Movement Is So Dangerous 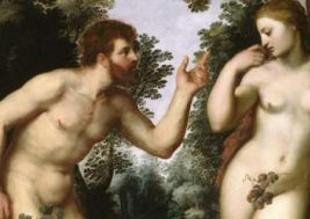 They want to wipe out all the findings of hundreds of years of scientific investigation and have taken to schools, the courts and political leaders to get things done.

A few weeks ago, Jon Huntsman torpedoed his candidacy for the Republican presidential nomination by making the following announcement:"To be clear. I believe in evolution and trust scientists on global warming. Call me crazy."

It's a pathetic commentary on the anti-intellectualism rampant in American politics that this is newsworthy. A major-party candidate announces that he doesn't deny a foundational theory of modern science! In fact, given the political atmosphere in the Republican party, it's not just newsworthy but a daring act: polls have shown that almost 70 percent of Republicans deny evolution.
READ MORE
Posted by Obwon at 7:52 AM

Why not invite them into our laboratories and let them show us how phony science is? I mean, give them a pile of sand and a bible and let them build a space shuttle without the aid of any fake science, eh? Surely, if they're right, then science isn't all that necessary in creating say prozac or making microwave ovens.

Obviously man did not arrive on earth with a microwave oven, I don't remembering seeing that anywhere in the good book. At least Jesus, Mary, Joseph nor any of the Romans had them. According to the Creationists conjectures, these things were created without using science, since it's false.

So then, show us how these things came to exist! That's all... We'll be waiting, of course, you'll have to pardon us if we don't hold our breath.

Oh yeah, when their cars need service, let them find a mechanic who doesn't believe in science, same with medical doctors, let them seek treatment by witch doctors.