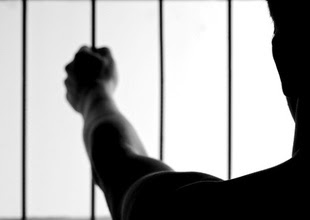 We take for granted that more than 2 million US citizens are incarcerated. These books suggest it's time to rethink the whole operation.
August 31, 2011

While the fact of prisons simmers behind innumerable news stories – from the West Memphis 3 to the Lockerbie bomber to the Miami football scandal -- the enormity of the system remains weirdly invisible. Prison is framed as a sort of conclusion; it’s where the bad guys go before vanishing into the ether and allowing our attention to move onto the next story. But more than two million lives are lived in U.S. prisons these days. And not only is the day-to-day reality of that worthy of more attention, but so are the consequences of our economic and political dependence on a punitive system that incarcerates 25 percent of the entire world’s inmates. Five percent of the world population is locked up in U.S. prisons. Both inside and outside the walls, much is stake.

Here are ten of the best books – contemporary and classic, fiction and nonfiction – about prisons. They are listed in no particular order, as all of them deserve your attention. Because incarceration isn’t an end to our stories: it’s just another beginning.
READ MORE
Posted by Obwon at 9:25 AM