How Bad Is News Corp.? Michael Wolff on the state of the Murdoch empire and its Mob-like structure 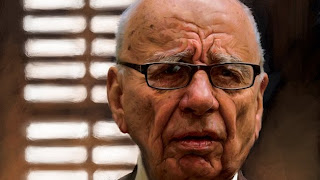 n my biography of Rupert Murdoch, I referred to News Corporation as Mafia-like, provoking the annoyance of my publisher’s libel lawyers. I explained to them that I did not mean to suggest this was an organized crime family, but instead was using “mafia” as a metaphor to imply that News Corp. saw itself as a state within a state, and that the company was built on a basic notion of extended family bonds and loyalty.

But just because it’s a metaphor doesn’t mean it isn’t the real thing, too.

Well-sourced information coming out of the Department of Justice and the FBI suggests a debate is going on that could result in the recently launched investigations of News Corp. falling under the RICO statutes.

RICO, the Racketeer Influenced and Corrupt Organizations Act, establishes a way to prosecute the leaders of organizations—and strike at the organizations themselves—for crimes company leaders may not have directly committed, but which were otherwise countenanced by the organization. Any two of a series of crimes that can be proven to have occurred within a 10-year period by members of the organization can establish a pattern of racketeering and result in draconian remedies. In 1990, following the indictment of Michael Milken for insider trading, Drexel Burnham Lambert, the firm that employed him, collapsed in the face of a RICO investigation.
Among the areas that the FBI is said to be looking at in its investigation of News Corp. are charges that one of its subsidiaries, News America Marketing, illegally hacked the computer system of a competitor, Floorgraphics, and then, using the information it had gleaned, tried to extort it into selling out to News Corp.; allegations that relationships the New York Post has maintained with New York City police officers may have involved exchanges of favors and possibly money for information; and accusations that Fox chief Roger Ailes sought to have an executive in the company, the book publisher Judith Regan, lie to investigators about details of her relationship with New York police commissioner Bernie Kerik in order to protect the political interests of Rudy Giuliani, then a presidential prospect.