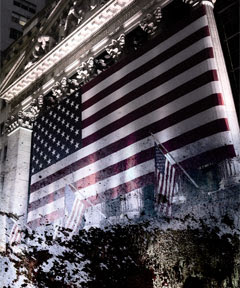 "Karl Marx got it right, at some point capitalism can destroy itself," said Mr. Roubini, in an interview with The Wall Street Journal. "We thought markets worked. They're not working."

The world economy is in shambles and about to get worse, according to even mainstream economists. How bad is anybody's guess. Some things, however, are certain: the recovery that politicians have been promising for years existed only in their heads. The reality of the situation is now apparent to millions of people across the globe, who, before, clung to the empty promises of economic recovery. This newfound consciousness will inevitably find expression in the political realm and, more importantly, the streets.

A key aspect of this sudden mass awareness is in response to high unemployment and the deeply unpopular measures that politicians are forcing upon working people, both byproducts of the Great Recession. Politicians are blaming "the markets" for demanding austerity measures, but "markets" are simply places where wealthy people invest their money. To guarantee a profitable return on their money these investors demand that labor laws be squashed and social programs be eliminated, all over the world.

Spain, for example, is one of many countries having austerity measures forced down their throats. Reuters reports:

"Analysts see the shaking up of the country's inflexible labor laws [laws that protect workers] and the easing of hiring and firing [so older, activist, or slower workers can be fired] as vital to restoring the country's competitiveness. The labor reforms are crucial. They will help to restore growth [profits] in the long term. Growth is the only way out of these adverse fiscal trends,' said Luigi Speranza, analyst at BNP Paribas." [May 27, 2010]

To summarize, creating new laws that enable Spanish corporations to work their workers harder will be better for profits.
READ MORE
Posted by Obwon at 7:53 AM