The 10 States With the Worst Economies In America 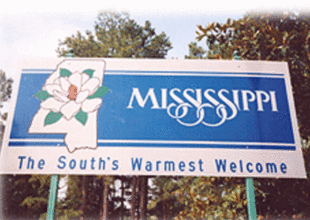 The global economic crash hurt everyone, but not equally; here are the states that are feeling the greatest economic pain.
August 30, 2011

The global economic crash hurt almost everyone, but not equally so. Last week, we looked at 10 states that are doing better than most in this grueling economy. Today, we'll consider 10 that aren't faring so well.

What accounts for their relatively poor performance? Three of the four states that saw the biggest real estate bubbles arise in the 2000s are on the list, beaten down by Wall Street hucksters promising them never-ending growth in home prices. People in California, Nevada and Florida, fueled by irrational exuberance, got badly “over-leveraged,” and when the house of cards fell apart, millions were left underwater. These states saw extremely high rates of foreclosures, and steep job losses as people pulled back on spending while credit market tightened. States themselves invested pension funds and other reserves in mortgage-backed securities, thanks to AAA ratings bought from ratings agencies like Standard and Poors, and that, combined with a massive drop in tax revenues, led to budget crises and public sector cuts at the worst imaginable time.
READ MORE