If You Own An Xbox -- Or An Air Conditioner -- Can You Still Be Considered Poor? 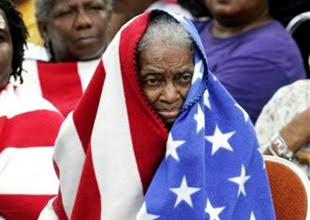 A conservative think-tank seeks to redefine poverty, and of course, gets it all wrong.
July 21, 2011 |

Poverty is one of the least flashy issues in political discourse, but it seems to be getting a renewed focus--at least in some circles. Unfortunately, President Obama’s attempt to focus on the 30 million Americans living in poverty through anti-poverty initiatives got trampled on by Republicans. While the legislation approaches its second stage of voting, there’s little hope that, even if the measures get approved, they would have much of an impact.

Despite that disappointment, two different outlets have recently investigated the changing face of America's poor -- and only one gets it right.
READ MORE
Posted by Obwon at 9:16 AM