10 TV Shows That Changed the World 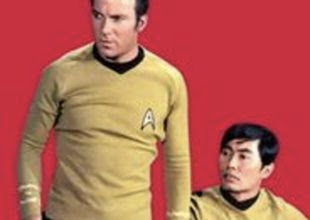 Constantly derided as the "boob tube,” television is often seen as a brain cell killer—or, as this vintage Disposable Heroes of Hip-Hoprisy song quaintly put it, a “cathode ray nipple” and “the drug of the nation.”

Certainly, sometimes the wide selection of humanity-degrading reality shows can make TV seem like some kind of cynical government propaganda project, crafted to dumb us down until we attain a real-life Idiocracy. But as any media analyst will tell you, TV is still one of America’s most important mediums for mass communication.

Since it really took off in the 1950s, lots of directors, writers and producers have used the scripted format to push progressive ideas and help mold the country into a better, more accepting place—game-changing television. So while you might be concerned at the preponderance of programming that panders to our basest instincts for ratings and ad dollars, here are 10 really good reasons for progressives to flick on the set—or at least the DVD player.

In 1966, Gene Roddenberry’s popular sci-fi novels were developed into a television show that would translate its promise to “boldly go where no man had gone before” into a mission to make cultural inroads. “Star Trek” used its themes of alien life to reflect the civil rights movement, and at times, the burgeoning feminist movement, all through one of the first-ever multicultural casts on television (along with a Vulcan or two). Captain Kirk and his other-planetary sidekick Spock helmed the Starship Enterprise’s fealty coalition, including Sulu (played by Japanese-American activist George Takei) and Uhura (African American Nichelle Nichols), plus two strong white women (Janice Rand as Grace Whitney and Christine Chapel as Majel Barrett). There was also the Russian, Chekov (Walter Koenig), and the infamous Scottish Scotty (James Doohan), who were not of color but were allowed to kept their native accents (it was 1966, throw them a bone). Together, they were fearless, facing grave dangers and unknown worlds.

But they were not just space explorers.
READ MORE
Posted by Obwon at 10:54 AM